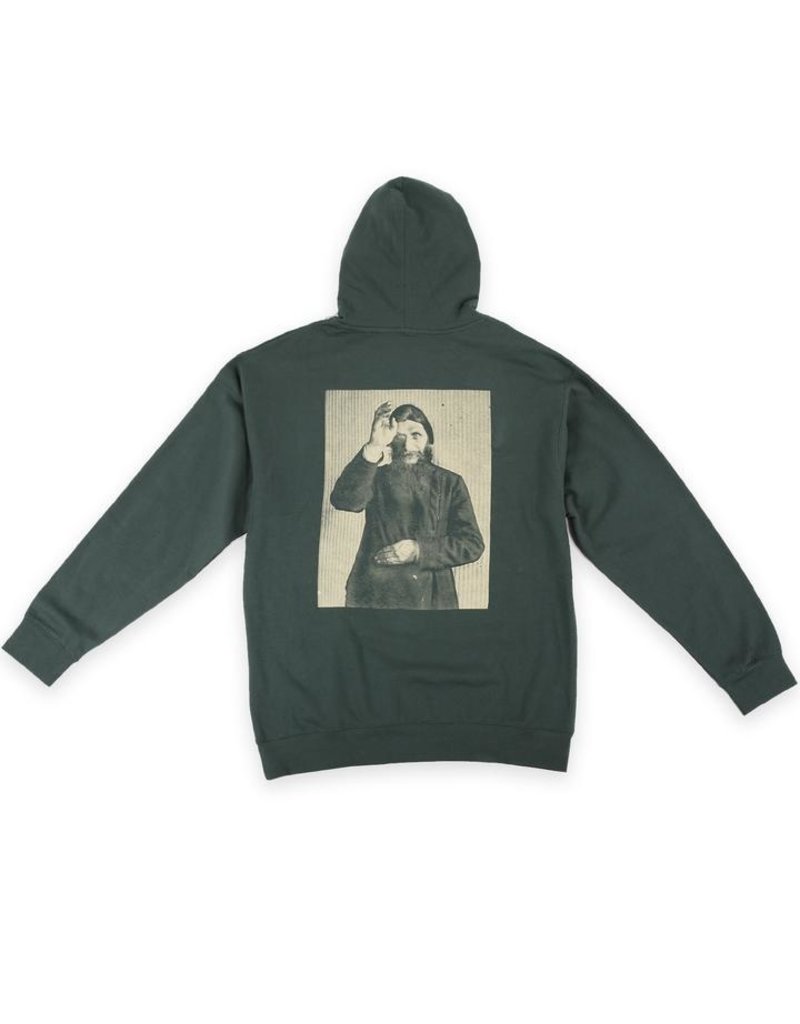 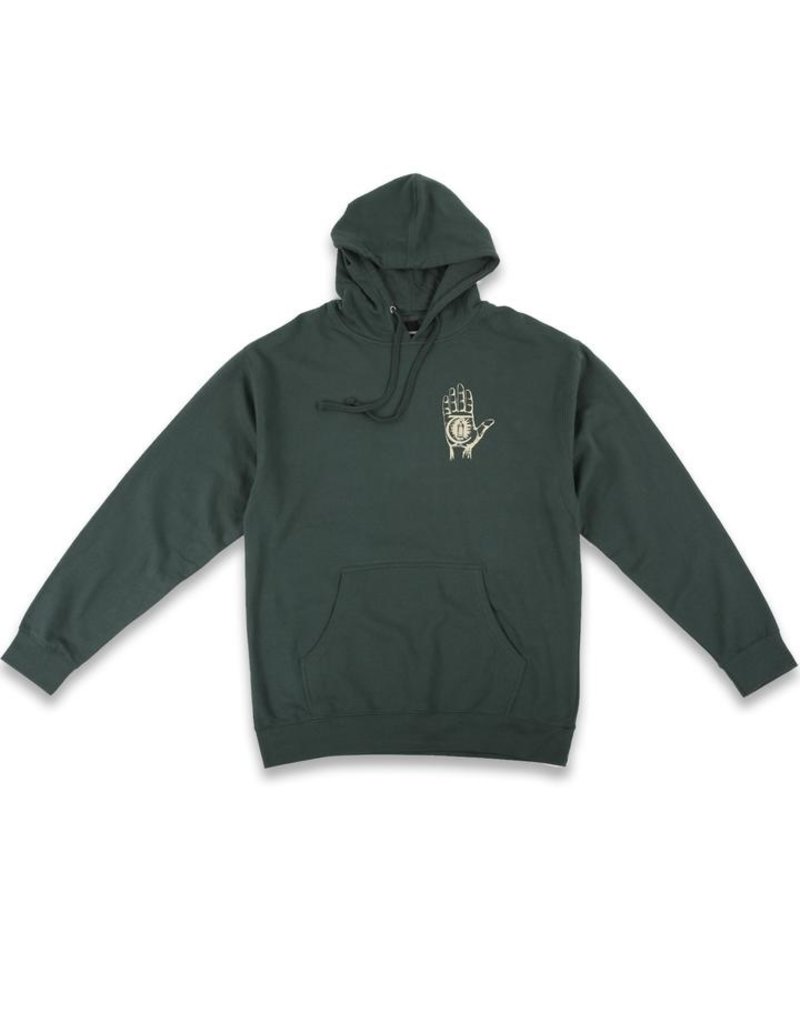 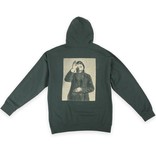 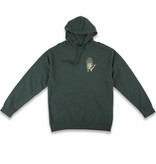 The Rasputin Pullover in Forest from Theories Brand is an updated colorway of The most classic Theories graphic of all time. In an era of self-proclaimed “magicians” and “mystics” emerged a creepy, striking character from the dark Siberian regions of early 20th century Russia named Rasputin. Rumored to have demonstrated a series of supernatural powers in his early childhood, he went on to slowly rise to notoriety as a Russian Orthodox monk. As time progressed he gained a reputation for strange talents such as prophecy and healing and he soon was referred to in Russian circles as the “mad monk”. In the early 1900’s Rasputin was called on by Emperor Nicholas II and his wife Alexandra who’s son Alexei had become gravely ill with hemophilia. Rasputin’s bizarre ability to heal the boy brought him so close to the Emperor of Russia that he was soon using his supposed powers of prophecy to consult the Tsar on major decisions of government. Feared because of his strange supernatural abilities and occult connections Rasputin was already a figure of much controversy, but his power over the ruling Tsar and Tsarista brought him a long list of desperate enemies. Several attempts on his life failed, including a stabbing that left his guts hanging out of his belly before being sewn up. It wasn’t until 1916 when a group of Russian nobles conspired to silence the man once and for all. The legends tell of Rasputin being poisoned by enough cyanide to kill 5 men but strangely going unaffected. Determined to finish him off they shot him in the back several times, but the creepy madman refused to die. The group attacked the injured mystic and clubbed him into submission, castrated him and then tied his hands, rolled him up into a carpet and threw his body into the Neva River. But, incredibly, Rasputin broke out of his bindings, escaped the wet carpet and tried to swim to safety. But the frozen icy surface of the wintery river brought about his ultimate demise. The man who wouldn’t die is depicted on this soft Theories tee, casting a hypnotic gaze and conjuring powers from beyond the earthly realms. Or he’s just doing some Tai Chi.

Free Shipping In Canada over $100