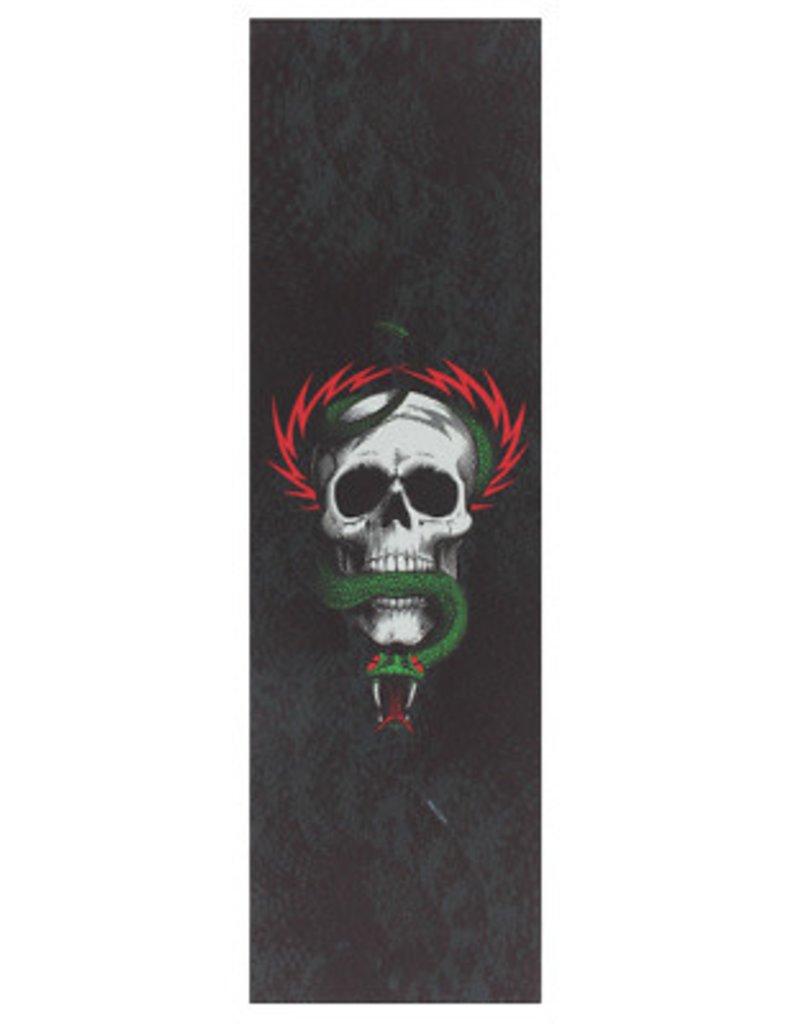 About the Skull & Snake Artwork:

Just as Mike McGill was perfecting the 540 McTwist in the summer of 1984 at Swedish summer camp, V.C.J. was working on a new deck graphic for him. Since the "Skull & Bones" theme was proving to be popular, that was the direction chosen for McGill's new deck. Mike's input was to add the snake and lightning bolts since there is an abundance of both in his home state of Florida. McGill's Skull & Snake is truly a classic skateboard icon.