Our team rider Riley Sykes tested out both the Santa Cruz Flight Decks & Powell Peralta Flight Decks and reviewed them for you guys!

The Powell Peralta Flight Decks Vs. The Santa Cruz VX Decks
We had a lot of requests on our YouTube page for this one, so our team rider Riley Sykes set out to test both. He grabbed one of each boards and put them to the test!

The Stats:
Riley is a bigger dude, weighing in around 6'3" & 210lbs. He usually skates around 4-6 days a week and lots of the time he's street skating which is extra hard on boards. Usually, a standard 7-Ply deck will last him from 3-7 days with the occasional board lasting longer (approx 10 days). He has also broken 5 boards in one day before, so board breakage is a real problem.

The Construction:
Powell Peralta Flight Deck Santa Cruz VX Deck
Both boards are made of 5 plies of maple in the middle, with a ply of their patented "fiberglass technology" on the top and bottom. Both companies are super secretive about the construction, which makes sense, neither company wants more brands replicating their construction. Something we noticed when checking them out without griptape, is that the Powell Peralta has a wide square under the trucks on both sides. We have no info on what this is, but as you can see below, it must be some kind of tail/nose re-reinforcement against breakage.

The Shapes & Sizes:
Santa Cruz VX Deck
The Santa Cruz VX boards currently come in one shape. It's hard to tell in the photo below, but they have a fairly long nose and tail that are a little pointy. I personally really like this shape, but Riley preferred the more rounded Powell nose and tail. The Santa Cruz VX decks come in sizes 8", 8.25", 8.38", 8.5" & 8.8". 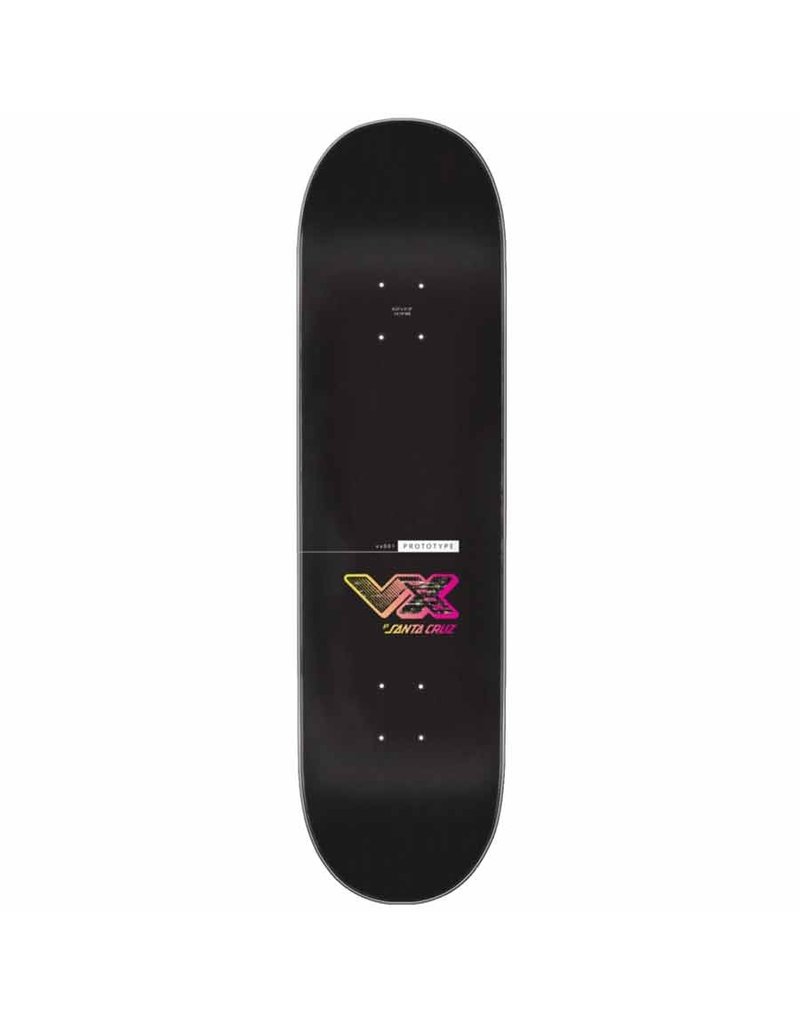 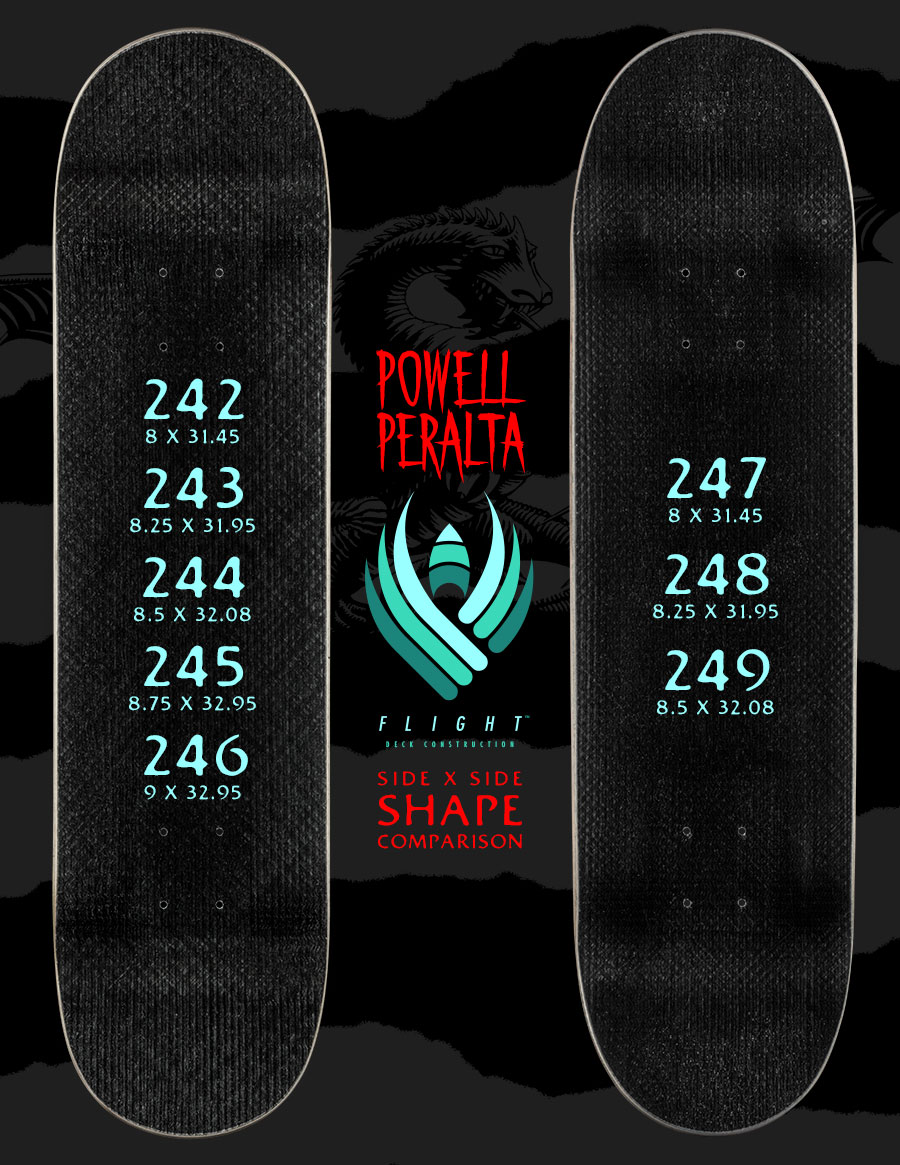 The Test:
Santa Cruz VX Deck
Riley skated this board for around 3.5 weeks (approx 25 days) while we were on a skate trip he snapped the tail off landing heaving down a 6 stair (as seen in the video). Before breaking it he actually landed sketchy a few times where he was sure a regular board would have broken. So this board lasted him 5x the length of a regular 7-ply board (his normal boards average around 5 days). He also noted that in that time, it never lost any pop at all. Pretty impressive!

Powell Peralta Flight Deck
Riley skated the Flight Deck for approximately 2 months (60 days). He skated it while we were all on a trip to Seattle and he flexed the board in some pretty insane ways skating an 8 set in Vancouver (see below). Note that none of these attempts broke, de-laminated, or took pop away from the Flight Deck, which is insane. On the session where he skated the 8 set, he probably would have broken at least 4 boards, maybe more, and the Flight Deck left unscathed. This board lasted 12x the length of a regular 7-ply board (average of 5 days). He actually ended up breaking it a couple days before we did this review because he lost his mind skating a manual pad and focused the board by jumping with all his weight in the center, even that only left a small crack, and he continued skating the board for a few days after.

Check out these screen grabs from the video of Riley flexing the Powell Flight Deck all the way to the ground, no breakage, no delamination, no loss of pop. Watching this in person is really what sold me on these boards, hearing him smash the deck off the ground and get up and the board is perfectly fine.

The Downsides:
Powell Peralta Flight Deck Santa Cruz VX Deck
The only downside Riley could come up with after skating these boards for months was that they are more susceptible to razor tail and chipping because they are thinner. With both boards though, they well outlasted a regular 7-ply deck before getting to the point of chipping.

The Conclusion:
Both the Powell Peralta Flight Deck & the Santa Cruz VX Deck held up way better than a regular 7-ply board. If you're a young kid this might not be something you need, but if you're a guy who breaks boards, the fiber glass revolution is real and you need to try out these decks! With the boards lasting 12x & 5x the length of a regular 7-ply, they are extremely high value for their cost. In the 85 days Riley spent riding these boards he would have gone through around 17 regular 7-ply decks, so it's safe to say he's sold for life. Although I don't break a ton of boards, watching him skate these things actually sold me on these decks as well,